Just finished my first print with the new MK6+ (or, as I think I should call it MK5+) hot end, and it's awesome! Heats up incredibly fast, and stays very stable, even at 250C 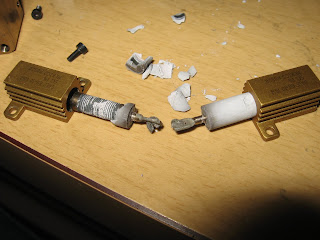 When I opened up my old MK5 Hotend to do the upgrade, I found a surprise that scared the hell out of me. The repeated heating and cooling had caused the ceramic in one of the two power resistors (heat cores) to disintegrate, leaving the power resistor unprotected and uninsulated! The other resistor had slipped in it's casing, and had the wires dangerously close to touching the case, and thus destroying my EC.

The rest of the upgrade went fairly smoothly, And it works great. My only concern, is that since I have Gen3 electronics, the thermal cutoff will only kill the heat, not the drive, and there's no feedback telling the motor to stop. I plan on adding in an additional relay to cut power to the motor as well as the heat. I had originally thought of having it cut power to the whole bot, only to realize that this would also cut power to the relay itself, starting a cycle of quick reboots until the temperature went down, which is really not optimal.

Anyway, here are a couple other pictures of the new heater and associated electronics! 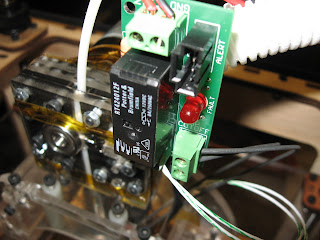 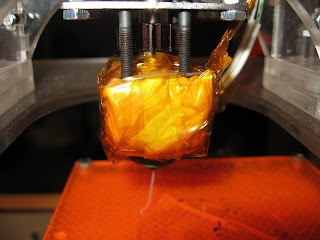